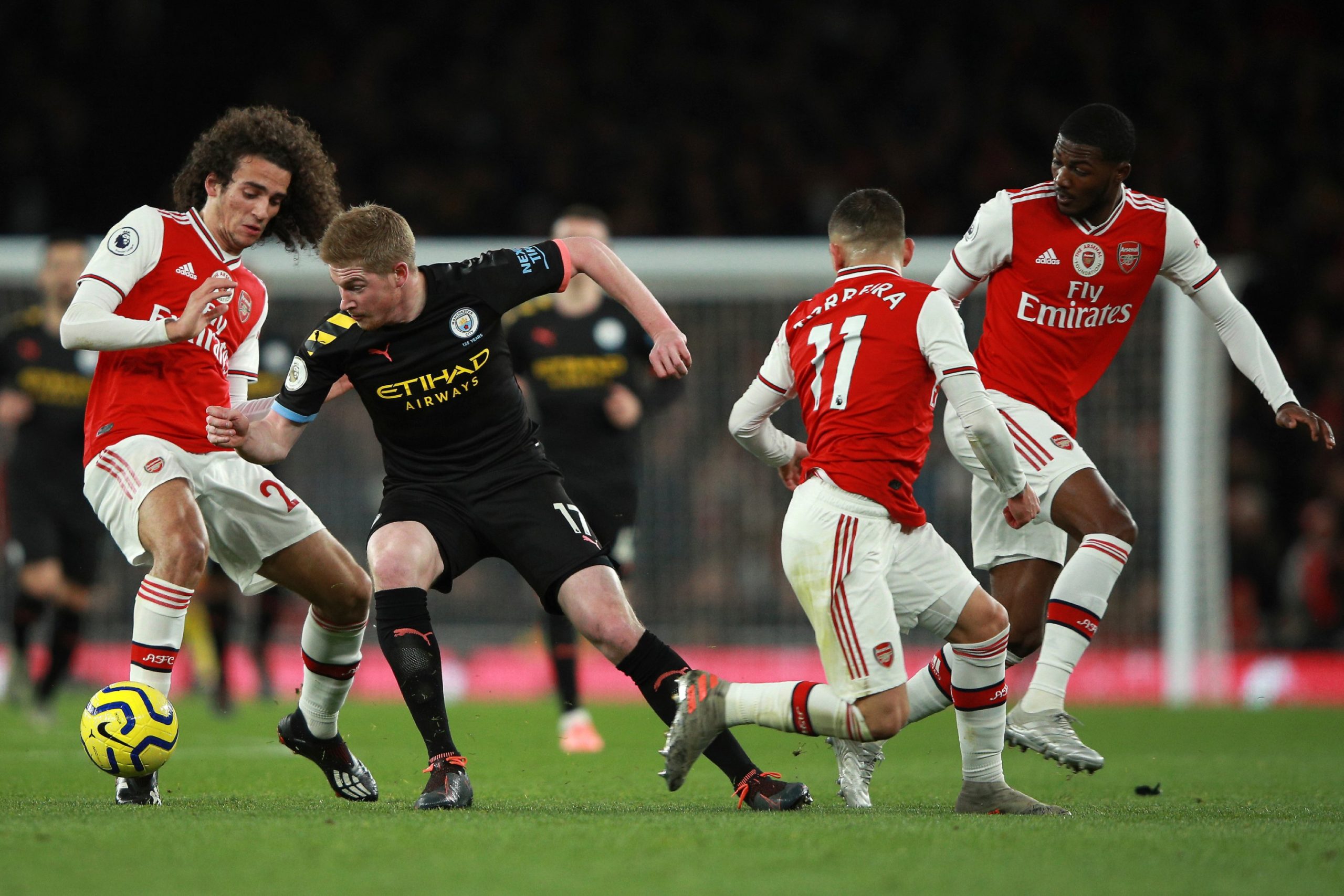 The Premier League Returns after 100 days of Pandemic Exile

London: The Premier League makes its eagerly anticipated return on Wednesday after 100 days in lockdown, with Manchester City’s clash against Arsenal taking centre stage at the start of a frenetic dash to finish the season.

Coronavirus restrictions mean the drama will be played out with no fans in the stands but football-starved supporters will be able to feast on 92 televised games crammed into less than six weeks.

Liverpool could be just days away from winning their first English top-flight title for 30 years. Jurgen Klopp’s men, who hold a 25-point lead at the top of the table, could be crowned champions as early as Sunday when they face local rivals Everton if City lose to Arsenal.

The battle for Champions League places next season and to avoid the drop are far more closely contested. Relegation-threatened Aston Villa get the ball rolling on Wednesday when they host European hopefuls Sheffield United.

The matches will be preceded by a minute’s silence in memory of those who have died from COVID-19. The virus has claimed more than 41,000 lives in Britain.

Three of the four managers to lead their sides on Wednesday have been touched by the virus.

“The night I had symptoms and how serious I was — I had to report it. I could have put people at risk and I wasn’t willing to do that,” said Arteta.

“We made the right call and the right decision and the authorities and the Premier League were really strong on that. It could have been much worse.”

All Premier League players will wear “Black Lives Matter” (BLM) on the back of their shirts where names are normally printed for the first 12 matches of the restart to support the global campaign against racial injustice following the killing of George Floyd in the United States.

A BLM logo will feature on shirts for the remainder of the season along with a badge thanking Britain’s health workers for their efforts.

Players will also be supported if they choose to take a knee before or during matches as a sign of protest. “To give them that much power is a line in the sand for the Premier League about where they are going and on what side of history they want to stand,” former Arsenal striker Ian Wright told the BBC.

The Premier League stands alongside players, clubs, the FA, EFL, PFA, LMA, PGMOL and all those who oppose discrimination

With all games being played behind closed doors, players will have to get used to the eerie silence in the usually raucous stands. Piping crowd chants into stadiums, cardboard cut-outs of supporters and live video fan walls will add colour but the Premier League’s chief executive Richard Masters admitted there would be something missing without fans.

“It is going to be an odd experience without fans at the stadia,” he said. “We are going to start to witness it from tomorrow evening and the Premier League won’t be back with a capital ‘B’ until fans are back.”

About 300 people will be allowed in stadiums for each match, with strict health protocols in place. There will be widespread disinfection of changing facilities, dugouts, matchballs, goalposts, corner flags and substitution boards.

People other than players and coaching staff on team benches must wear face coverings. Players have been told to maintain social-distancing during goal celebrations and banned from spitting.

Despite concerns over fans congregating around stadiums, clubs won the battle to host matches in their home grounds. Liverpool can win a long-awaited title in their own city, either at Goodison on Sunday, or when they host Crystal Palace at Anfield on Wednesday.

Klopp stressed the need for supporters to stay at home,”Stay safe, support us from home. We are still with you and you’ll never walk alone.”