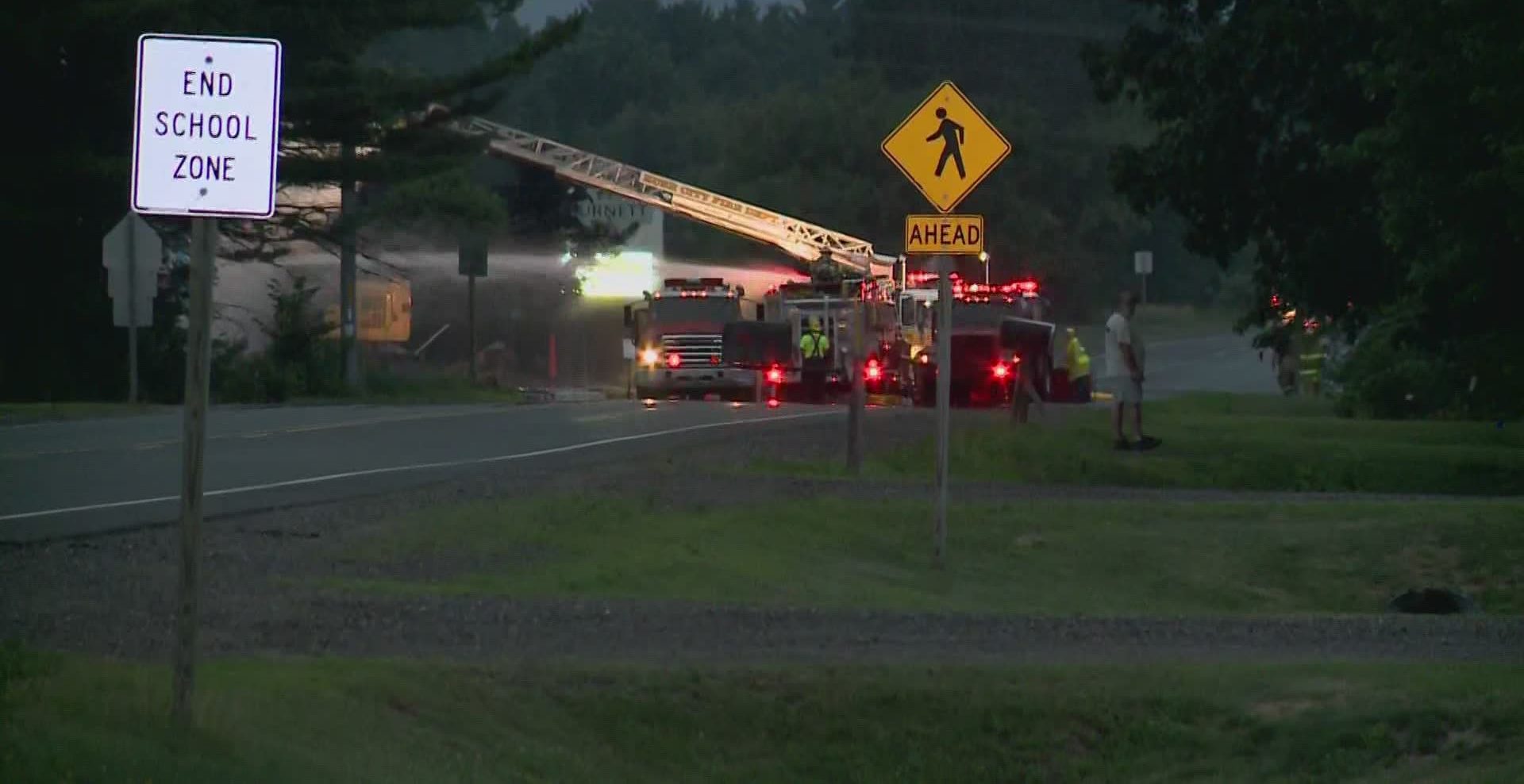 Crews from eight Wisconsin fire departments were called in to battle an overnight blaze at the Burnett Dairy Cooperative, a popular stop for tourists and cabin owners in western Wisconsin.

Burnett County Sheriff Tracy Fitch says the fire was reported about 10:30 Monday night. Employees at the co-op, located just outside the city of Grantsburg, were able to evacuate safely. It appears the fire started after a mechanical malfunction at the dairy operation.

Officials said the fire was still burning but under control by early Tuesday morning. No injuries were reported. A concern in this incident was the presence of anhydrous ammonia and chlorine on the property that is used in the dairy process, but the sheriff said neither of these chemicals was ignited by the fire.

A fire at @BurnettDairy overnight in Grantsburg, Wisconsin. @kiyaedwards will have the latest and a look at the damage this morning on @kare11 Sunrise. 😟💔🐄🧀
This is my favorite must stop cheese shop when I go up north to cabin country. #Sunrisers pic.twitter.com/hhS33RWnQ4

According to WisDOT, WIS 70 remains closed Tuesday morning in both directions from Williams Road to County M near Grantsburg as crews continue to work on the fire.

Firefighters from Grantsburg, Siren, Webster, Frederic, Cushing, St. Croix Hertel, Pine City and Rush City all helped in the battle to save the cooperative.

According to their website, the Burnett Dairy Cooperative has been in operation since the late 1800s.