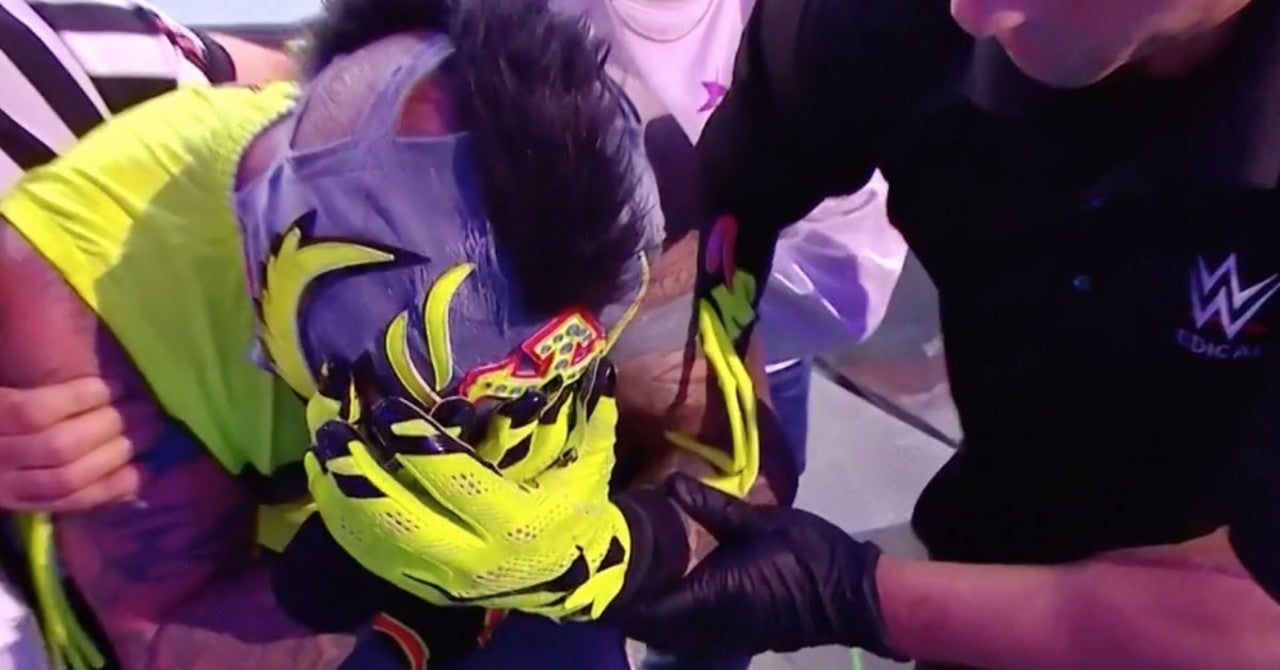 With Extreme Rules: Rey Mysterio lost an Eye during a match against Seth Rollins

The match, pitting Rey Mysterio vs. Seth Rollins was billed as ending only when one competitor successfully pulled out the other competitor’s eye. And, since a gimmick match is usually used to increase interest in a PPV, it worked, as a lot of fans were wondering how they were going to successfully pull this off. We’ll see soon whether it caused more people to order WWE network and watch the match, which is the ultimate goal.

On Sunday, Rollins defeated Mysterio when he used the corner of the ring steps to pop Mysterio’s right eye out of its socket. Now, relax Mysterio fans. They showed only a brief glimpse of the eye, which didn’t look too real, and then cut to Rollins a few feet away, throwing up.

The result had been expected as Mysterio had been working the last several weeks without a contract.

The match leading up to the ending was good, even though all the spots where one man tried to pry out the other man’s eye got a little boring. Well, as boring as it can get watching one man try to blind another.