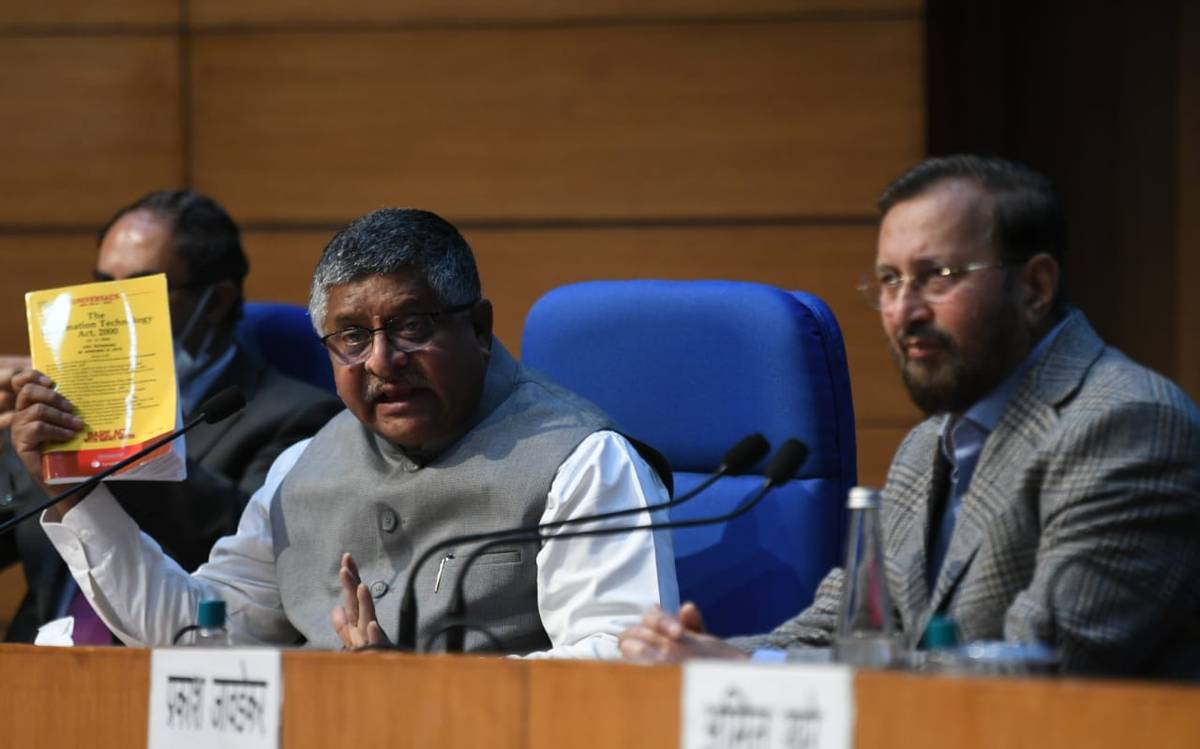 The central government has today released guidelines for social media and over-the-top (OTT) platforms. The regulations were announced by Union Ministers Prakash Javadekar and Ravi Shankar Prasad at a press conference at 2 pm.

The Modi government on Thursday released guidelines for Internet media and OTT platforms. Now OTT platforms like Netflix-Amazon or social media platforms like Facebook-Twitter have become strict rules for everyone. According to the new guidelines, objectionable content has to be removed from the internet media within 24 hours of the complaint. Apart from this, companies have to have a grievance redressal mechanism and also have an officer handling complaint. The complaint will be registered in 24 hours and will be resolved in 15 days. The government is set to implement a law regulating digital content in three months. Union Ministers Prakash Javadekar and Ravi Shankar Prasad gave this information in a press conference.

Prasad said, “Social media companies are welcome to do business in India. We appreciate it. Do business and earn money.” He said that the government respects the right of disagreement but it is extremely important that users be given a forum to raise questions about misuse of social media. Prasad said that we have received many complaints that marched photographs are being shared on social media. They are being used for terrorist activities. Prasad said that the issue of misuse of social media platforms has gone from civil society to Parliament and Supreme Court.”

Published in Internet and Security